As I’ve been living in Europe for the past several months, I’ve been able to travel. Thus far, I’ve visited a few cities in Spain as well as Italy, France, the Czech Republic and Poland. And I’m hoping to visit a few more countries before heading back to the States for the summer. If all goes well, I’ll be back in Europe next year with the chance to visit more countries. Thus, I’ve put together my list of cities I am hoping to visit in Europe within the next year to year and a half.

Although I’ve been to France, I haven’t visited the capital city yet. Paris is one of the cities I want to visit the most but unfortunately it’s very expensive – accommodations, eating, activities, etc. And because I solo travel, I won’t have someone to split the costs with me. Therefore, I decided to put it off during my first year as an expat as I wanted to budget travel. But hopefully next year I can save up (and earn) more money to be able to see Paris.

Germany is the next European travel destination on my list for next year. I didn’t get to it at all during my first stint in Europe, but it’s not because it doesn’t appeal to me! Other cities and countries were higher on my priority list than Germany, but I definitely want to experience winter in Germany, especially Munich. Aside from Munich looking awesome, I hope to take a day trip to Neuschwanstein Castle.

Check out SheWandersAbroad’s blog post with a great guide for visiting Neuschwanstein Castle. I’ll definitely be referencing it when I go.

When I visited Italy during my Christmas break, it was everything I hoped for. Aside from Spain, Italy was the country I was eager to explore the most. There’s so much more I want to see and I could easily have made this post with only Italian destinations. However, I decided to go with Venice, the floating city. Pictures and videos of this city makes my wanderlust grow more and more. Similarly to Paris, it’s not the cheapest destination. So this European travel spot will have to wait, hopefully not for long!

Guess I should stick with expensive destinations? Because accommodations in Amsterdam is not cheap. This is a popular European travel destination and for good reason. My friends who’ve visited have said nothing but amazing things. I dream of visiting Amsterdam in the spring to admire the flowers and perhaps if I’m feeling brave – renting a bike.

It was hard for me to pinpoint exactly which Greek city I want to try and fit into my next set of travels. Depending on my mood it changes from Santorini to Athens to Corfu to Mykonos to many others. I added Santorini to my European travel bucket list after watching The Sisterhood of the Traveling Pants when I was younger. That seems to be a theme with me. The Cheetah Girls 2 made me fall in love with Barcelona/Spain and the Lizzie McGuire Movie with Rome/Italy. The white and blue architecture just looks beautiful and so picturesque.

Check out this post on some amazing Airbnb’s you can snag in Santorini.

Couldn’t go without mentioning a Spanish city. While my first year in Spain isn’t over while writing this, from the looks of it I won’t be heading to Spain this year. If I can squeeze it in before this summer, that’d be awesome. If not, it’ll be one of the first few places I travel to next year whenever I have a three day weekend. Seville was in my top three choices for cities in Spain to live in and I’d definitely love to visit. From what I’ve heard the south of Spain has a very distinct culture and even accent and I’d love to experience it for myself.

The last city on my European travel list for 2020-2021 is my most ambitious. Not only is it the furthest away, but it’s likely the most expensive. Everything I’ve heard from those lucky enough to have visited was that Iceland is not easy on your wallet. So this one may not happen if I decide to prioritize other locations. If I can afford it and it’s feasible, I’d definitely take the opportunity to add this to my travel plans.

UPDATE: Due to the Corona Virus, my travel plans for the remainder of my first year in Spain may be altered. Thus, I may add the cities I intended on visiting during the peak of the outbreak. Those cities being: Dubrovnik, Vienna and Budapest.

Do we have any destinations in common? Have you visited any of these cities? If so, tell me in the comments. 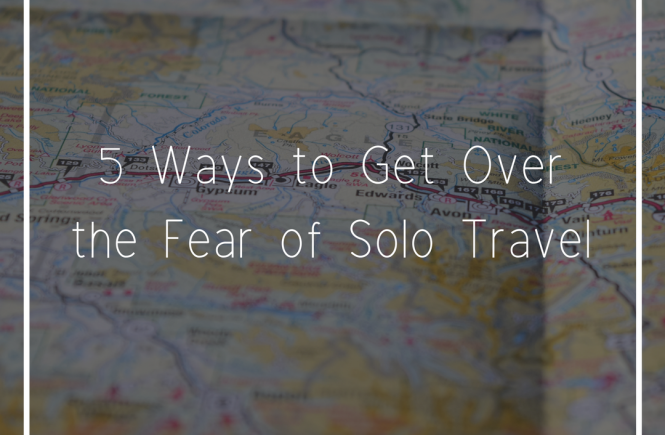 5 Ways to Get Over the Fear of Solo Travel