Many people dream of living life as an expat. An expat is a person living somewhere other than their native country, either temporarily or permanently. But what’s the difference between an expat and an immigrant? Ok, that’s too complicated for me to explain. Before starting my expat journey I did a ton of researched, read a bunch of articles and watched many Youtube videos.

But nothing can truly prepare you for your life as an expat until actually being in your new country. Of course it’s better to do your research so you’re not diving in headfirst, but there will be challenges you hadn’t thought of. And challenges you did face to expect will still take you by surprise. If you’re interested in my thoughts on how to adjust to life as an expat in those first few months, keep reading.

Two weeks into being in Barcelona I was fed up with looking and feeling dumb. When you’re in a new country, especially in one where you don’t speak the language fluently, you’re going to have many moments of miscommunications. That’s part of being an expat. As a shier person who hates any kind of attention, this is a hard one to accept. But as I slowly stop taking every mistake to heart and caring what every person thinks (like the guy behind me in the store) I felt a bit more at ease.

I am nowhere near where I should be, but I recognize how much this holds me back. For other expats, I would recommend the same. Come to terms with your discomfort in all aspects – language, getting around the city, not understanding how things works, social and cultural norms, the list goes on.

Making an effort to be more social.

Again, this is another challenge for me as an introvert. I really enjoy being alone and I am very independent – always have been. But social interaction is necessary on some level. Not just any social interaction, but quality interaction. Of course I see people everyday as I live with a family. But even then I have to fight against what feels natural for me which includes coming in after work and taking a long nap for the rest of the day or chilling in my room watching Youtube or Netflix.

Going back to the first point, I have to accept that I’ll feel uncomfortable when I don’t understand everything at the table of that I feel like a complete idiot at times when I speak.

But that’s not enough.

As grateful as I am for having such a nice host family, I also quickly realized that in order to keep my sanity and really flourish socially, I needed to make some friends. I was craving interactions that went beyond my Spanish conversation skill level, which meant a part of me did want to find other English speakers. Look, I am the first to say that I don’t want to move to a foreign country and only hang out with English speakers. But I also think it’s okay to find comforts in a new place and that can mean finding people who share commonalities with you, like speaking the same language.

Plus, it is a lot harder to meet locals. Because while you’re eager to make a bunch of new friends, many of them already have a group of friends and aren’t actively searching for new ones. It’s not impossible and I’m still working on it, but I have made a couple of friends here (both English and Spanish speakers) and I am really proud that I stepped out of my comfort zone.

“Be scared and do it anyways.”

Getting to know small portions of the city.

Barcelona feels massive and small all at the same time. There are so many neighborhoods and narrow streets to explore that I have an abundance of places to discover. However, since I am not in a rush to see everything all at once, it’s nice to find certain barrios I enjoy and really get to know those. As an expat, I often feel like an outsider, like everything is new, different and unfamiliar. The first week or two here I didn’t explore much because I was afraid to go around the city.

Now, as i begin to explore I have a few standout places. Of course I want to explore more parts of the city, but I also enjoy knowing certain barrios well. For example, I love the Gothic Quarter, Plaza Espanya and Plaza Catalunya and have gone to those areas many times. Now, I know them really well and don’t have to look up directions to get there. That also makes me feel like this is more of a home because I can just randomly decide to walk or take the train somewhere without planning because I know how to get there.

One piece of advice that’s fairly common for expats is to find (or bring) some of your favorite products from back home. I totally agree with that and absolutely love having my Lululemon, certain toiletries, etc. And I miss my fair share of things from the States. However, to ease some of the yearning from the U.S., I tried finding something that’s new to me here that I can’t buy back home.

This could be anything from food, clothing (Stradivarius, I love you), skincare items or books. This reminds me on days I can start to forget how lucky and fortunate I am to be an expat in this new, amazing country.

Bringing in some old with the new.

Despite what I just mentioned, I do believe there’s nothing wrong with keeping some things the same. While being flexible and changing how I view the world is part of the expat process I looked forward to and welcomed, there still were some things I preferred doing my way. This can be something small like not changing my weather app to Celsius or writing the date with the month first, then the day.

There are aspects of this new culture that is taking a while to get used to, like eating later than expected. That I realize I can’t compromise on since again, I am living with a family. However, there’s nothing wrong with liking how you do certain things back home and continuing to do so. As long as you’re keeping an open mind to other ways and not being disrespectful, i see no problem with it.

I feel like it’s taboo to say this because many people have the whole “ignorant American” stereotype in their mind. Lots of people think Americans believe we’re the best at everything and our way is the right way. That’s simply not the case. There’s often no right or wrong way to do things. But just as I wouldn’t expect expats coming to the U.S. to abandon everything from their culture, I don’t think it’s necessary to do so either.

Being an expat is not easy. These first couple of months have been challenging. Yet, despite all the lows, I am so glad I made this choice and I am looking forward to how the rest of my year plays out. Are you an expat or thinking of being one? Which country would you like to live in? 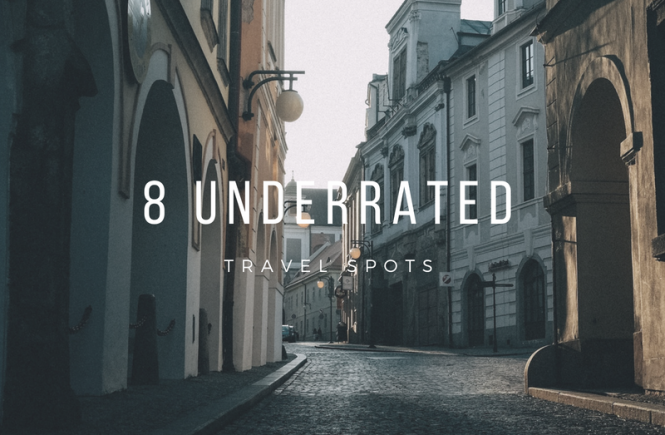 8 Travel Spots I Want to Visit (and You Will Too!)

Packing for Portugal – What I’m Glad I Brought