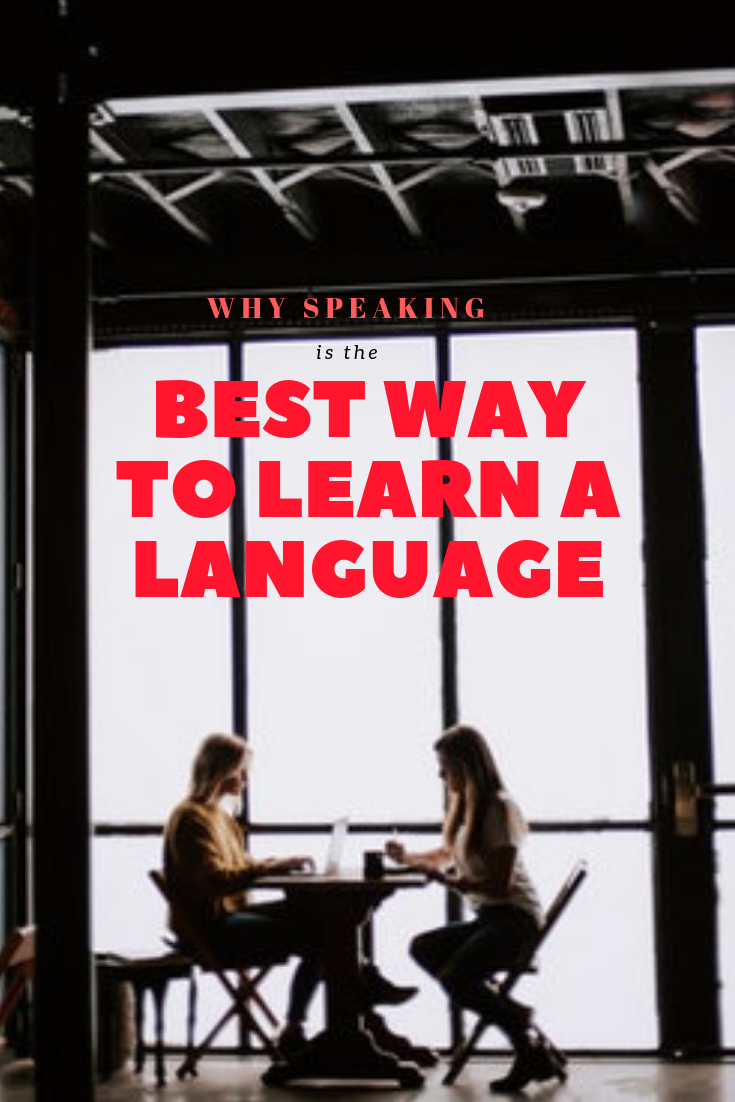 Learning languages is tough, fun, tedious, and exciting all at the same time. You get excited when you’re able to put together your first sentence, but struggle when you can’t remember the past subjunctive tense. What I have learned, from experience and hearing others who are multinlingual, is that the key to learning a language isn’t about memorizing every grammar rule. Instead, it is speaking. I have learned that speaking, even at the start of language learning is incredibly beneficial and motivational.

I’ve been studying Portuguese for about two months now. I started in September, and we’re now almost in November. Before, I knew how to say a few words and phrases here or there. Also, due to my background with Spanish I could understand a little due to the similarities. However, with Spanish it has only been recently (aka within the past two months) when I started conversing with native speakers on language exchange apps that I’ve started to speak in Spanish. Crazy, right? I had my first Spanish class in middle school, and beside the odd presentation I gave, I never practiced speaking with someone who wasn’t my professor. 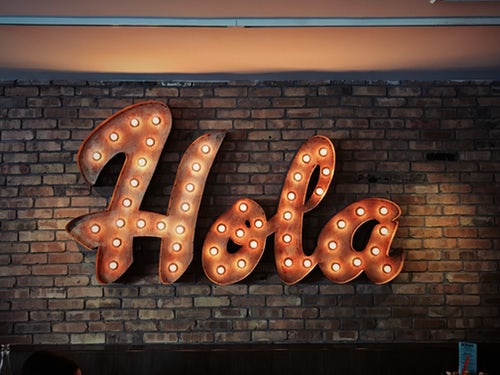 This was a huge mistake. Sometimes I feel embarassed telling those I talk to on HelloTalk, Tandem, and iTalki how long I’ve been studying Spanish and that I’m still not fluent. Firstly, I shouldn’t feel embarassed. I was always one of the best in my class and did extremely well. My pronunciation is pretty good and everyone has their own pace. But, I think if I got over the fear of sounding dumb and making mistakes, I would have learned a lot sooner. Because even though I know a good amount of vocabulary and grammar rules and I can write extremely well in Spanish, when I talk it seems as though everything I learned went out my head.

I was so preoccupied with being perfect that I impeded/stalled my own growth. People will know you’re not a native speaker (particularly in the beginning). And you know what? It’s okay! It’s okay to not be perfect, I don’t think anyone is expecting you to be. I mean, when you hear someone whose first language isn’t English, do you judge them? I mean, I hope not. But I guarantee you don’t. You’ll improve a lot faster if you let go of your fears and just DO it. Hey, Nike. It’s okay to have high expectations goals, but remember you have to climb towards those goals. It’s a journey.

I recently watched a video where a woma discussed a similar situation she had. Check it out:

But What if I Make a Mistake?

Now, the more I speak with these natives online, the more confidence I am getting. And at this point it’s just been two online face-to-face lessons, and voice notes. But I already set up two “Skype dates” with people I’ve talked with to practice more. Anyways, back to the anecdote… The other week I was waiting for my phone to charge before heading to the grocery store. While I waited, I was studying Portuguese. I called my Uber about 30 minutes later. While we were driving I noticed his GPS was speaking Portuguese.

In my head I kept saying, “Say something to him in Portuguese! You were just studying it!” In fact, I had just learned how to say “No, I’m not taking a class. I am studying Portuguese on my own.” I mean, come on! What a coincidence! But then a part of me was saying no, I shouldn’t do it. I’ve only been studying for a couple months. What if he responds and I can’t understand him? I’ve been studying Spanish for years and would be nervous to do even that. So you know what I did? I spoke. 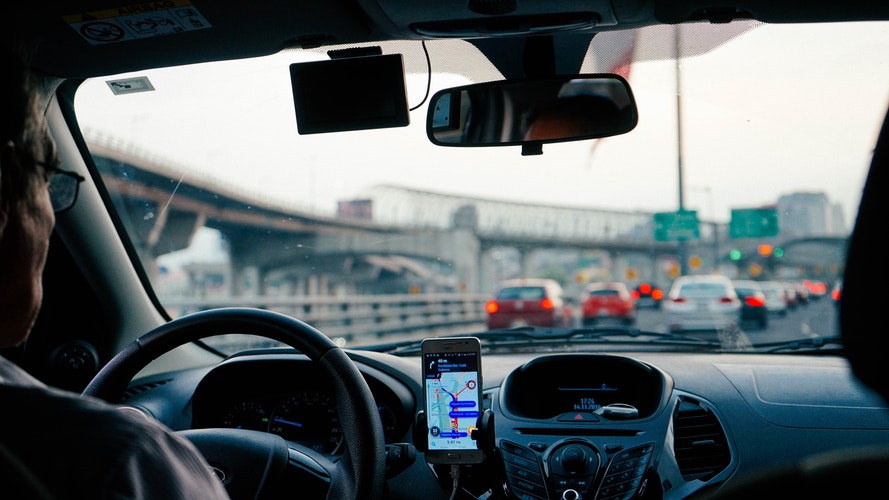 “Você é do Brasil?” Are you from Brazil? I noticed his expression of delight and maybe a bit of surprise in the rearview mirror when those words left my mouth. Quickly, I followed by telling him I was learning Portuguese on my own. Truthfully, I had my Google Translate open on my phone to double check how to say my opening line before I said it. But once I did it, the conversation started to flow.

We had a conversation in Portglish (ehhh, doesn’t sound as cool as Spanglish, does it?). He told me about where he was from, Belo Horizonte. I told him I planned to visit Brazil one day. He told me he was going next year and if we were there around the same time he could assist me (not in a creepy way, don’t worry). I even gave him directions in Portuguese since he was new on the job and I believe unfamiliar with the area. I did make a mistake, when I said I was studying on my own I said sozinho instead of sozinha. But he didn’t comment on that. You know what he did comment on? My pronunciation. 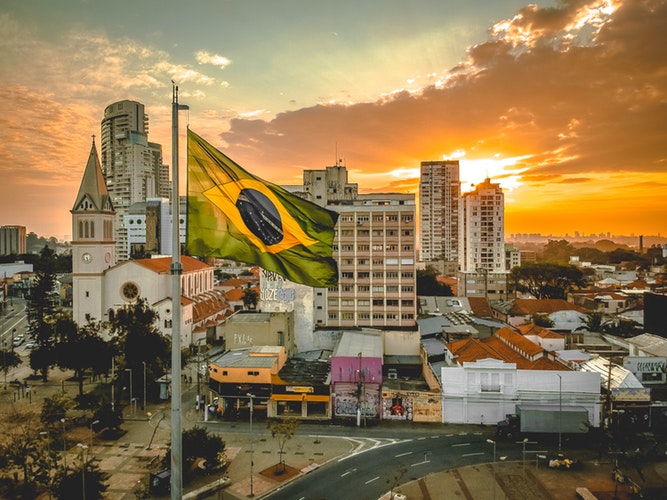 Smiling on the Inside & Out

He said very impressed, “Your Portuguese is very good.” I thanked him and explained I spoke Spanish (and I unintentionally switched into speaking Spanish) and that it’s good because they are similar. I also explained but there are some challenges because I confuse the two at times. Not long after he pulled up to my destination. He said it was nice speaking with me, told me to have a nice day and we were on our way. When I walked into the grocery store I couldn’t stop internally or externally smiling. I texted my sister and two friends about what happened because I was so proud of myself.

I was proud of myself for not letting my fear hold me back from an amazing opportunity to practice what I had learned thus far. It was scary. I was nervous and often reverted to English when I didn’t want to spend time thinking so long. But I had a good portion of that conversation in Portuguese. And for someone who has “only” been studying for two months, I think that’s quite an accomplishment. 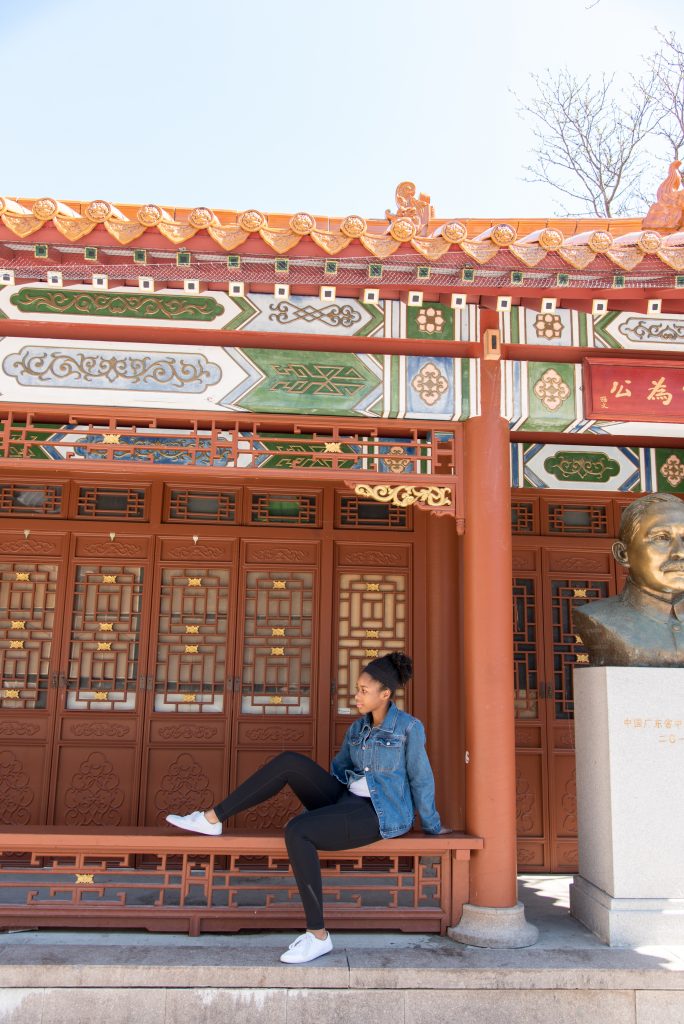 That is why speaking a language you are learning is so important. If you don’t trust me, look on Youtube at the thousands of people who speak multiple languages. Actually SPEAKING the language is always the common theme.

My experience with my Uber driver also reinforced what I always believed. That learning a language is such a powerful and beautiful way to connect with people from all over the world. Had I not been studying it, this probably would have been another ordinary, silent Uber ride. But I got to know a little more about the culture attached to the language I am learning. Had I not been studying Spanish, Portuguese or Russian, I wouldn’t have learned a lot about the cultures of the people I met on the various language exchange apps I’m using.

Learning a language is amazing. Like I said. It’s hard, it’s tedious, it’s draining, long, frustrating. But in the end, it’s oh-so worth it.