Have you ever felt so drawn or connected to something, but you don’t know why? That’s me with Spain. As of writing this post, I have not yet been to Spain, or Europe. But anyone who knows me knows that I have had a love affair with Spain from afar for years. I don’t know what it is about the country. I’ve always loved the Spanish language and Europe has always been a continent I wanted to visit. So I guess Spain has the best of both worlds for me. I have joked that if reincarnation exists, I was Spaniard in a past life. 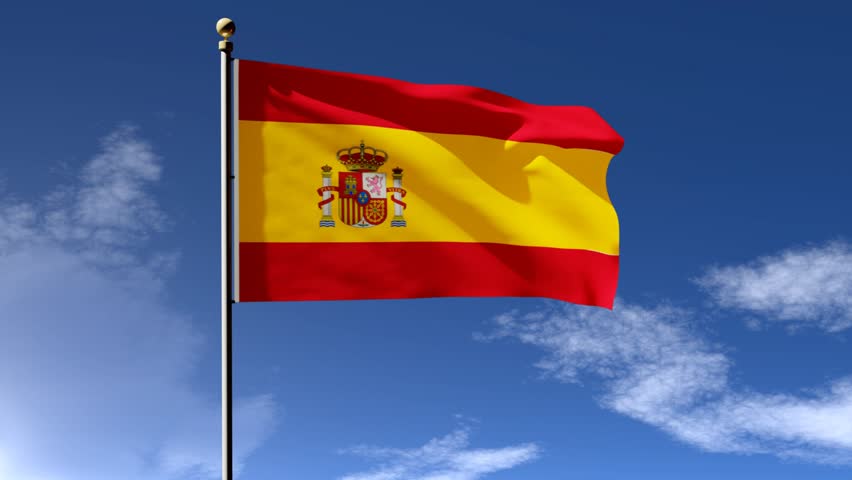 Until I get over to that side of the world (which will hopefully be soon, fingers crossed and positive vibes sent out into the universe) I spend my time scrolling through Pinterest at the beautiful places I want to visit. Do you love Spain too and need recommendations on where to go? Keep reading. Also, please keep in mind since I have not been to Spain yet these photos are not mine and were all found via Google Images! Included in this post are videos highlighting each city mentioned. 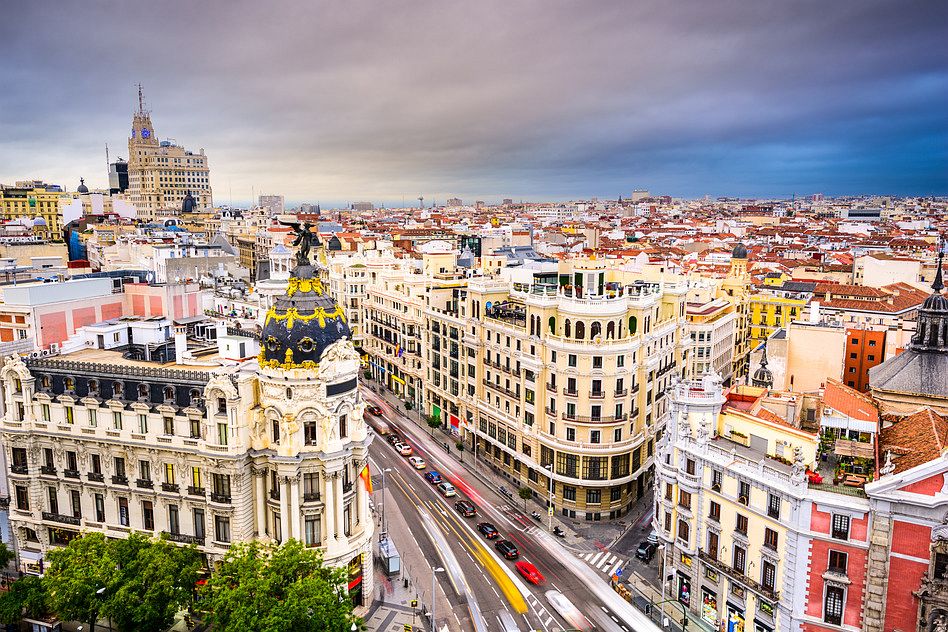 I had to of course mention the Spanish capital, Madrid! When I envision first heading to Spain to live, I picture myself in Madrid. I am not sure why, because there are definitely other cities I’d like to experience living in as well (whwich I will mention). But, I would like to go to Madrid first. The city seems like an art lovers heaven. While I am not a huge art lover, the cozy streets that mix old, European architecture with modern infrastructure that is similar to New York or other big cities. Madrid, to me, seems like the perfect first stop on my Spanish adventures. 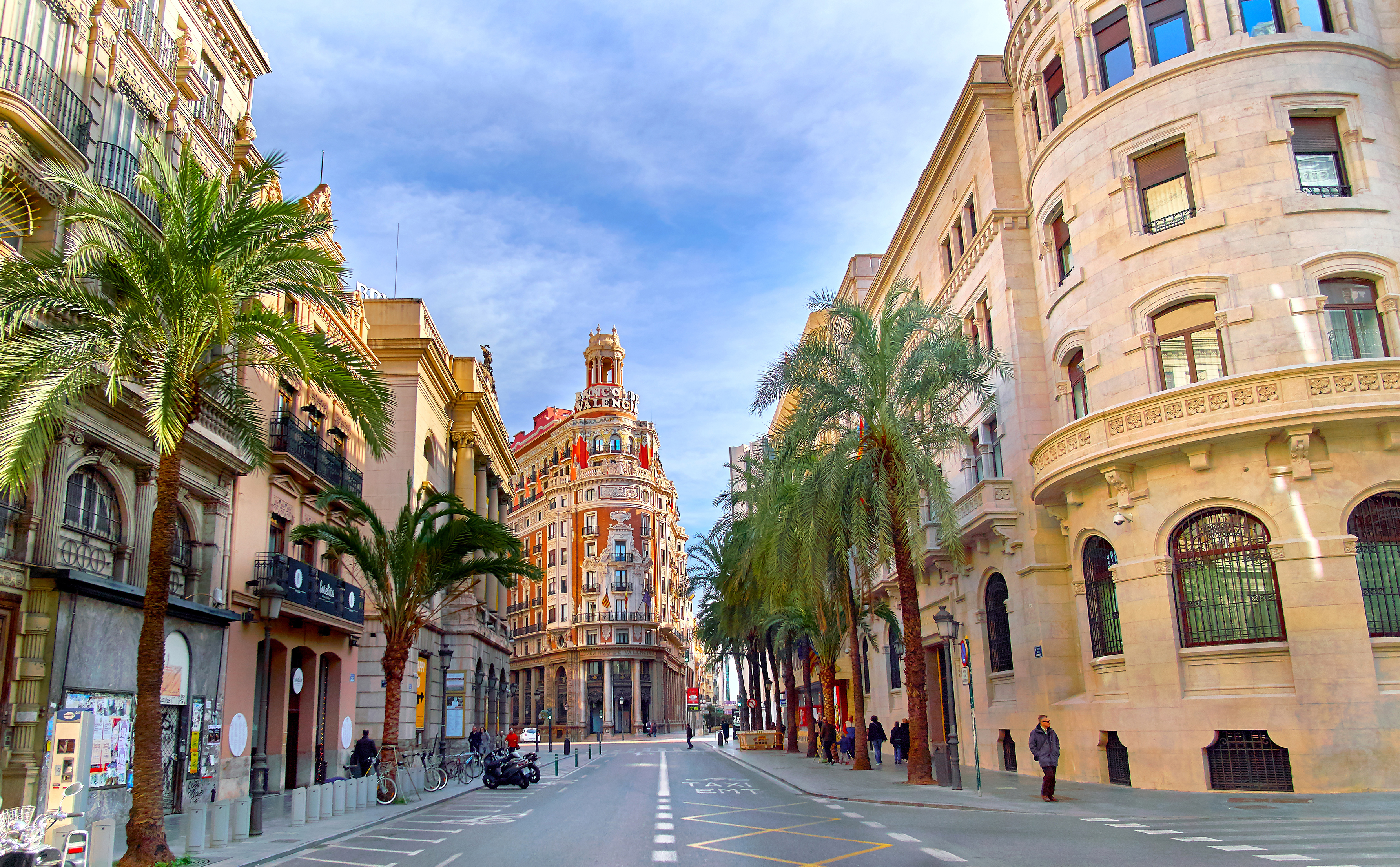 If I had my way, after living in Madrid for a year or two. I’d head to Valencia. Again, if you ask me for a “why” I won’t be able to pinpoint it. As I’ve said, I’ve never been to Spain so I’m just going off the feelings I get when I research these places online. This Spanish city has always felt like a place I’d love. Perhaps even more than Madrid. But I can’t wait to see this beautiful, beachside town in person. The tress that line many of the streets give a tropical, Florida resort vibe while the architecture and cathedrals of the city remind you that this is a town with a long, rich history.

3. Sevilla (or Seville, in English) 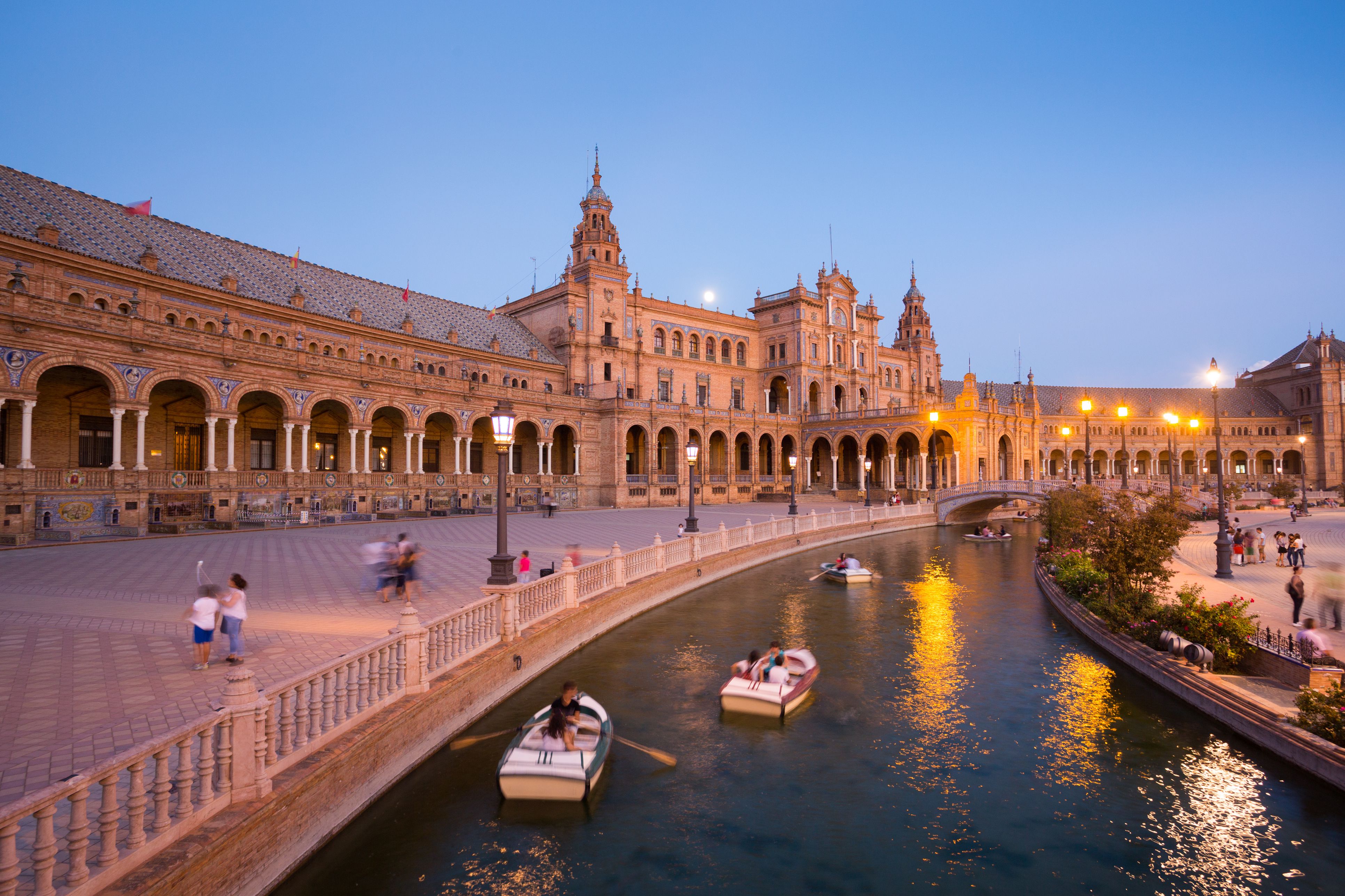 This cute town feels like it was taken from Italy and stuck in southern Spain. It gives me major Florence and Venice vibes. If you’ve been to any of these places, let me know if you agree. Known for flamenco dancing, this Spanish city seems like a great place to visit. Also, each April there is a festival called the Feria de Abril in which attendees dress in traditional flamenco and Spanish outfits, there’s plenty of music and food. Once in Spain, I will have to make it a mission to get immersed into the culture of Seville by attending this colorful, lively celebration. 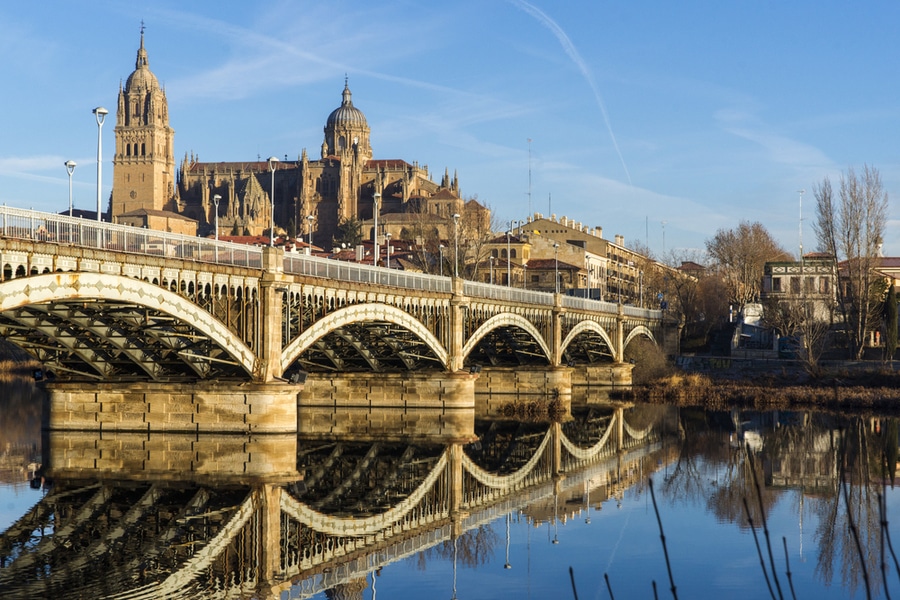 Is it just me with my infatuation with Spain or does every city look like it can be the setting of a fairytale? If you are one who enjoys the hustle and bustle of a big city with plenty of clubs, attractions and more to do, than you’ll probably want to skip this one. This city isn’t one of the most bustling city for tourists. But that can be part of its appeal. One main attraction that tourists do  come to see is the University of Salamanca. It is the oldest university in Spain and the fourth oldest in the entire world. Pretty cool, huh? Plus, since it’s near the Spain-Portugal border I’d be interested to see if there are any Portuguese influences in this picturesque city. 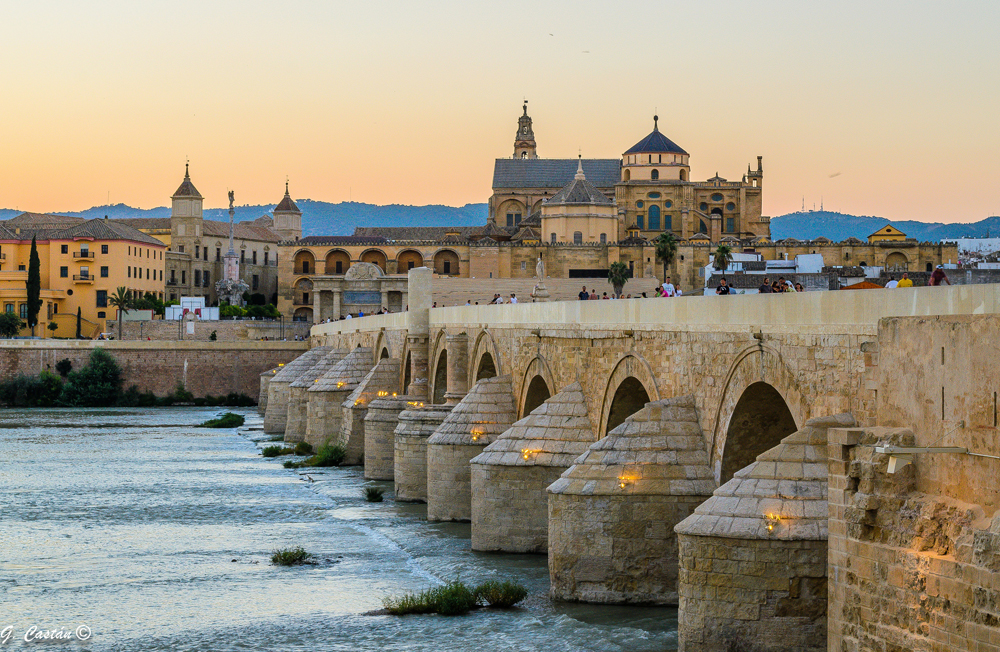 I may start to sound like a broken record, but this Spanish city is another that feels like it was frozen in time. The Moorish influence is ever-so present in this city located in Andalucia. When I visit, one of the first stops will be La Mezquita, the mosque. The architecture looks breathtaking, especially the arches that remind me of candy canes. The bridge pictured above is another must-see site for me. 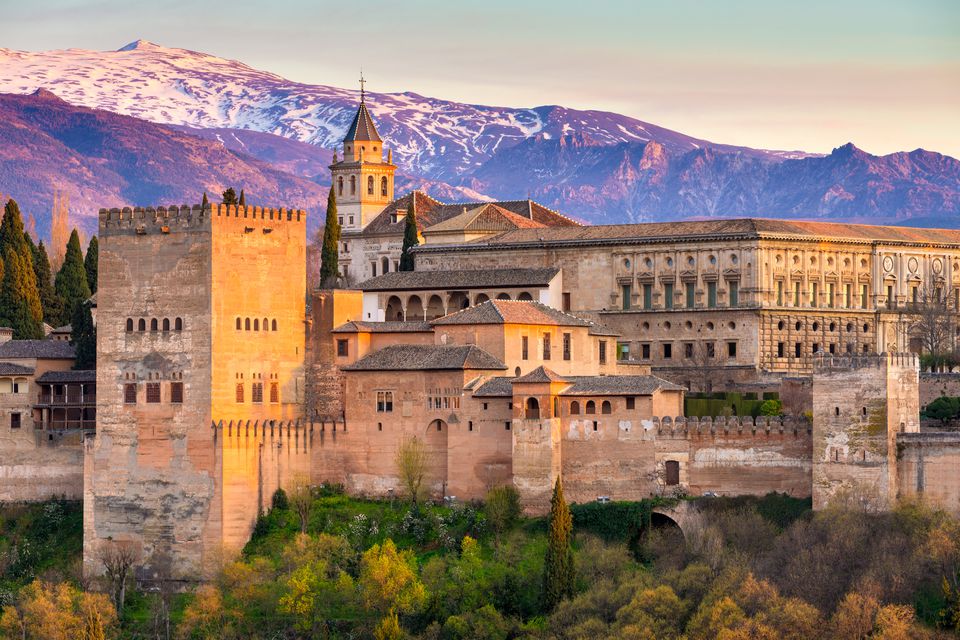 Sticking with the Analucian region and not too far from Córdoba, is Granada. That photo looks quite amazing, doesn’t it? For me, the must-see site is the Alhambra Palace. The pillars on the inside alone are worth the trip to me. A (free) walking tour would suit this city so I can get to know the history behind the architecture that I am gawking at. Also, apparently there are a lot of good tapas bars/restaurants around Granada. So that’s a plus. 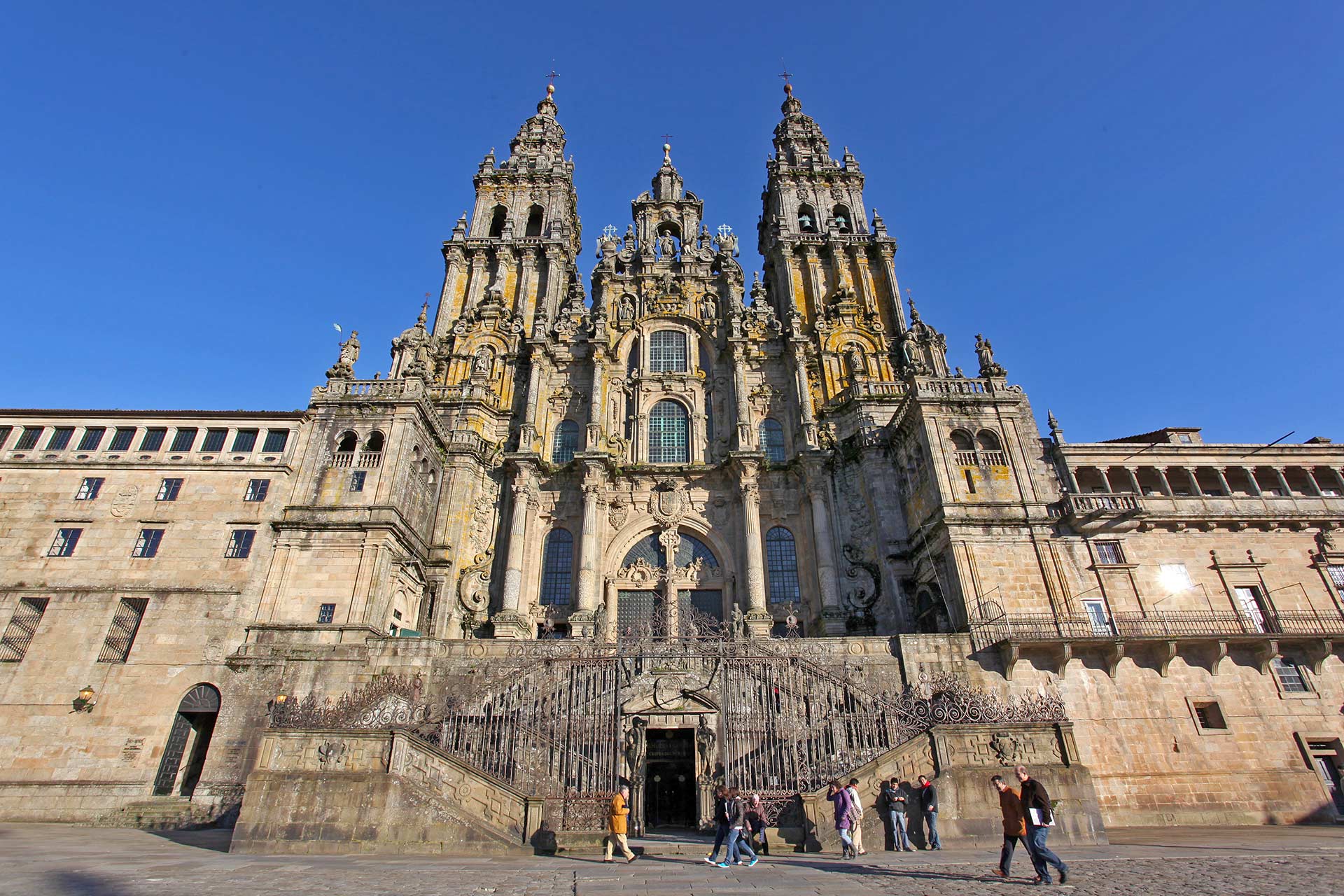 Okay, I’ve finally gotten to northern Spain! What can I say? For some reason I am really drawn to southern/central Spain. Santiago de Compostela has an amazing catherdral (the outside pictured above) that has me swooning. The inside looks even more mesmerizing. But if you are tired of seeing European churches and want to do something different, Santiago is known for being great to hike. The Camino de Santiago hiking trail looks to be popular with locals and tourists alike. The trail has a lot of religious history, but whether religious or not, I believe it would be a great opportunity to have. 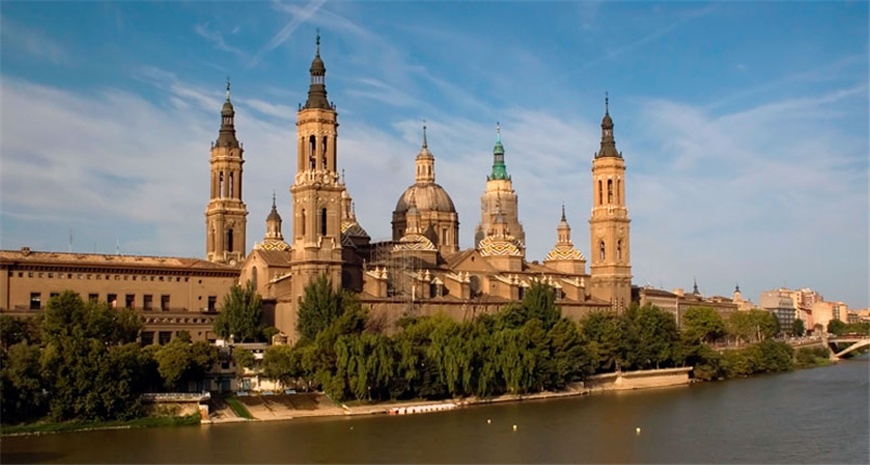 Until discovering many of these Spanish cities, the thought of a city with so much brown would never seem appealing to me. However, I think these cities prove me wrong. Zaragoza is another northern Spain city that I can’t wait to see in person. Why? Again, like most European cities, there are stunning churches to gawk over and admire. But in addition to it, there are waterfalls within the city (one being in the monasterio de Piedro) that give it a unique touch. There’s also no shortage of museums, plazas and places to visit. And I mean, it has a pretty cool name too.

You may have felt like something was missing from this list. Barcelona is probably the most well known and most visited city in Spain. It’s known for its beaches and whimsical architecture by Antoni Gaudi that looks as if you were in Alice in Wonderland. I will admit, there are other cities I’d like to visit more in Spain. However, I still can’t wait to see this city in person. Whether it be seeing the Sagrada Familia or taking a stroll in the gothic quarter, I should never find myself bored in this city. But, I will have to wait to go here until I build up the courage to recreate the scene from the Cheetah Girls 2 in which they sing and dance through the city.

Okay, okay, I’ll admit, I practically want to visit every single city in Spain. But these are some that really stand out to me. Which cities did I miss that are on your list?