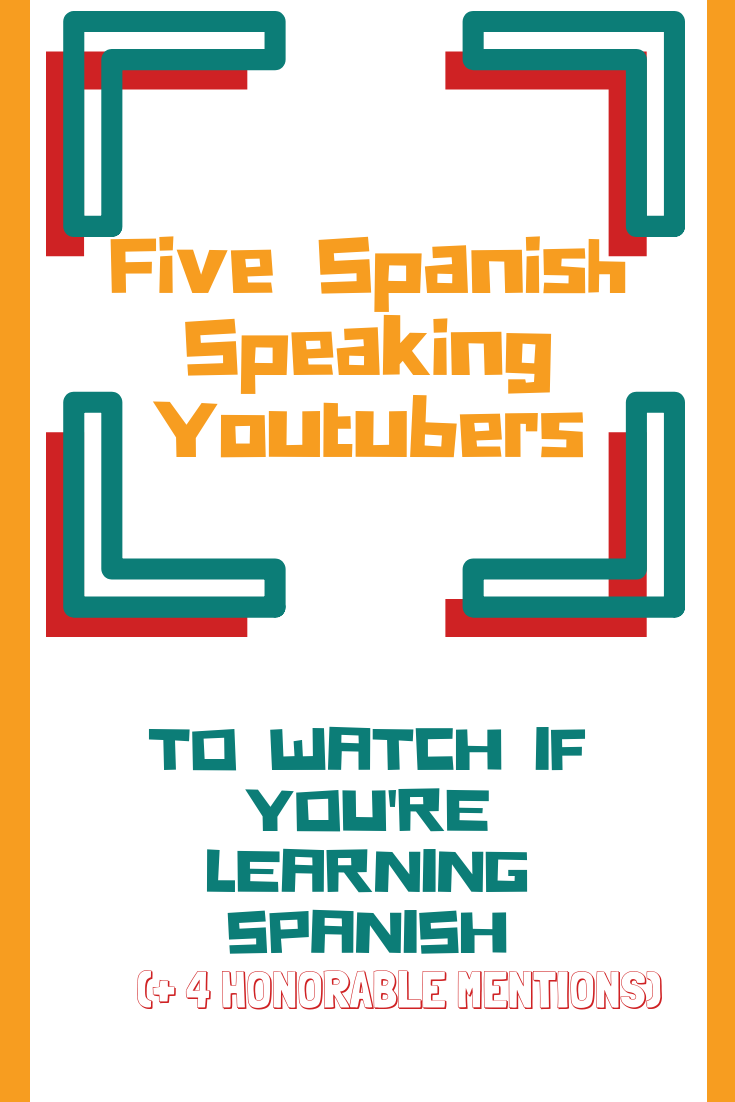 If you have read my previous post about the current journey I’m on, you’ll know I am learning languages. I also made a Youtube video documenting my polyglot journey and how I am learning languages cheaply at home. Currently I am studying three languages: Spanish, Portuguese and Russian. Unfortunately, I haven’t made as much progress with my Russian. This is due to a combination of things such as not putting enough time into it and focusing on the other languages. I’ve been studying Spanish for years. So I am not a beginner and don’t have to spend much time learning vocabulary and grammar, unlike the other two languages.

Youtube is a free resource that I have utilized a lot for improving my listening comprehension skills in Spanish. So I am going to share with you Spanish speaking Youtubers I’ve used to help me with my Spanish. Note, these are not channels dedicated to teaching Spanish to people. I’ll have another blog post on that soon though, so stay tuned for that! But these Youtubers just happen to speak Spanish and I feel are helpful in my language journey. So keep reading for my recommendations. 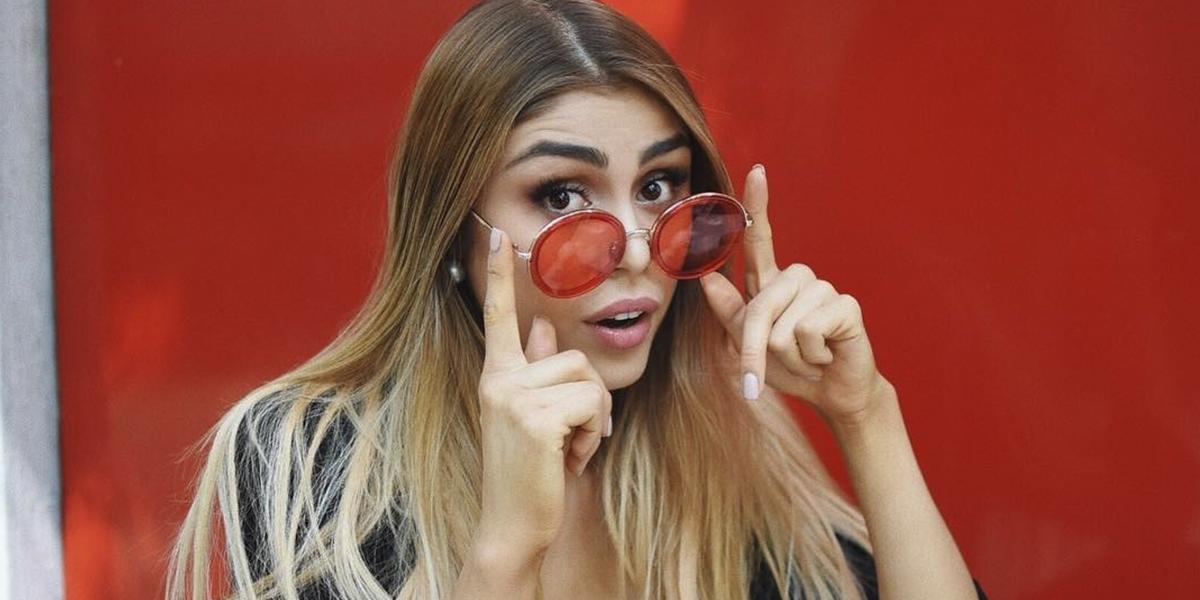 I had to start with one of my favorites that I have found. Paula, called “Pau” endearingly by her subscribers, is a really popular Colombian Youtuber. She now currently lives in California, but she got her start while she was still a student in her home country. Both her main channel and vlog channel are extremely popular. On her main channel she does beauty videos, challenges (such as her popular “___ for 24 hours ex. being pregnant for 24 hours), and collaborations with other Spanish-speaking influencers.

But I’ll be honest, I like Pau more for her vlogs. She has a really fun personality and I find Colombian accents to be a Spanish accent I like. Typically they are clear and I just in general like many Latin American accents. Pau does talk somewhat quick (at least for me) so sometimes that gives me difficulty, but I find the more I listen to her, the more I am understanding. Also, I follow her on Instagram and she’s also very entertaining (especially on her IG stories – “Buenos dias mis amores!”). If you’re not into her main channel content, I’d recommend checking out her vlogs. 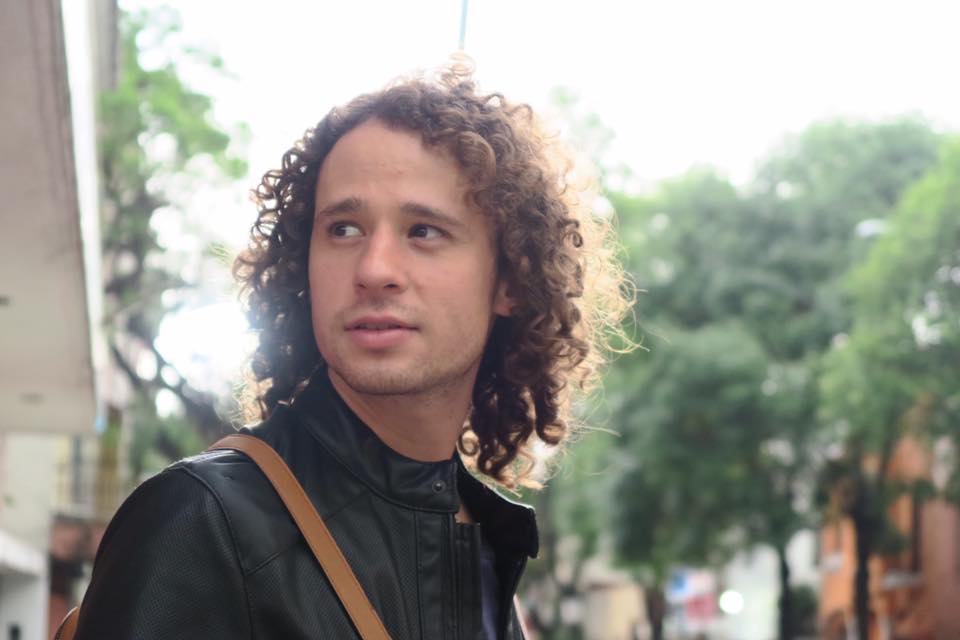 Luis, or “Luisito” as he’s known is a new find for me so I haven’t put a dent into his extensive selection of videos. Originally I found his channel because I was looking at videos of grocery stores in various countries. Yeah… don’t ask. But I came across his video showing a grocery store in Venezuela. If you are unaware, there is a serious economic crisis in Venezuela and Luis’ video showcased the practically barren aisles in a local store. He actually has several grocery store videos, so if you’re like me and you find those things interesting, you may want to check them out.

I mentioned with Pau that Colombian accents I like and are easier for me to understand compared with other Spanish accents. Well, Mexican accents are also on that list. I find them to generally sound “neutral” and typically I find they speak clear enough for my Spanish-learning ears. After watching Luis’ supermarket videos, I’ve discovered he has many travel related videos, as well as “man on the street” style interviews that he does while he travels. So I think this can be a fun, entertaining channel that can assist you on your Spanish learning journey. 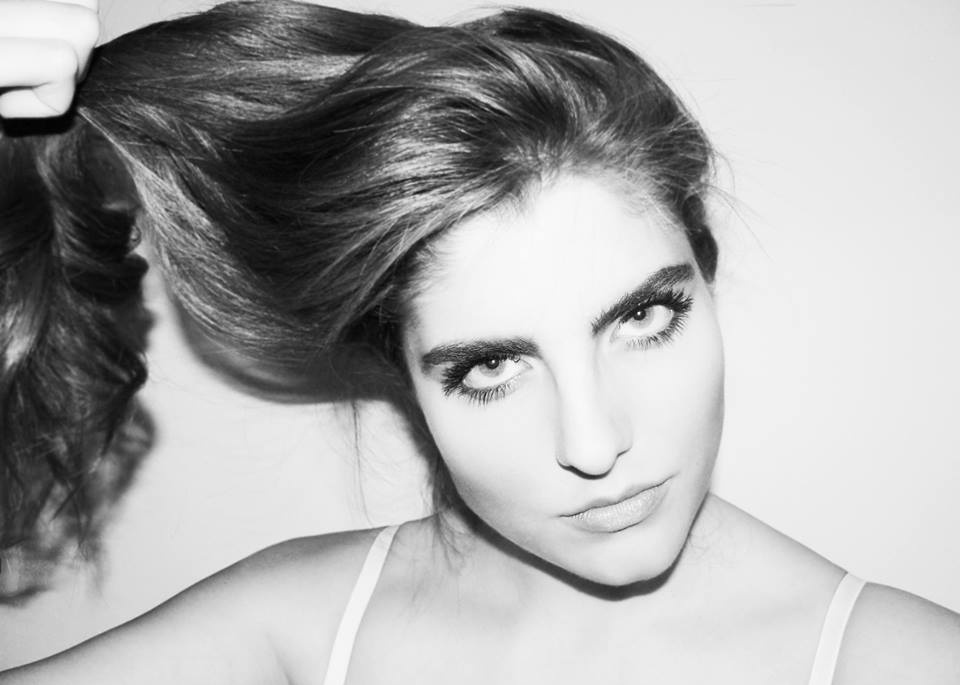 Hola Sunshine, born Marisol de la Fuente, is a Mexican Youtuber. I found her channel through another Youtuber named Holly, who she is friends with and has collaborated with. Marisol is Mexican but also went to school in the U.S., so she is fluent in English. She also gave a Ted Talk, which is pretty awesome. Marisol got her start years ago on Vine, you know, when that was a thing. But, most people who subscribe to her are probably waiting for her lengthy, yet entertaining storytime videos. 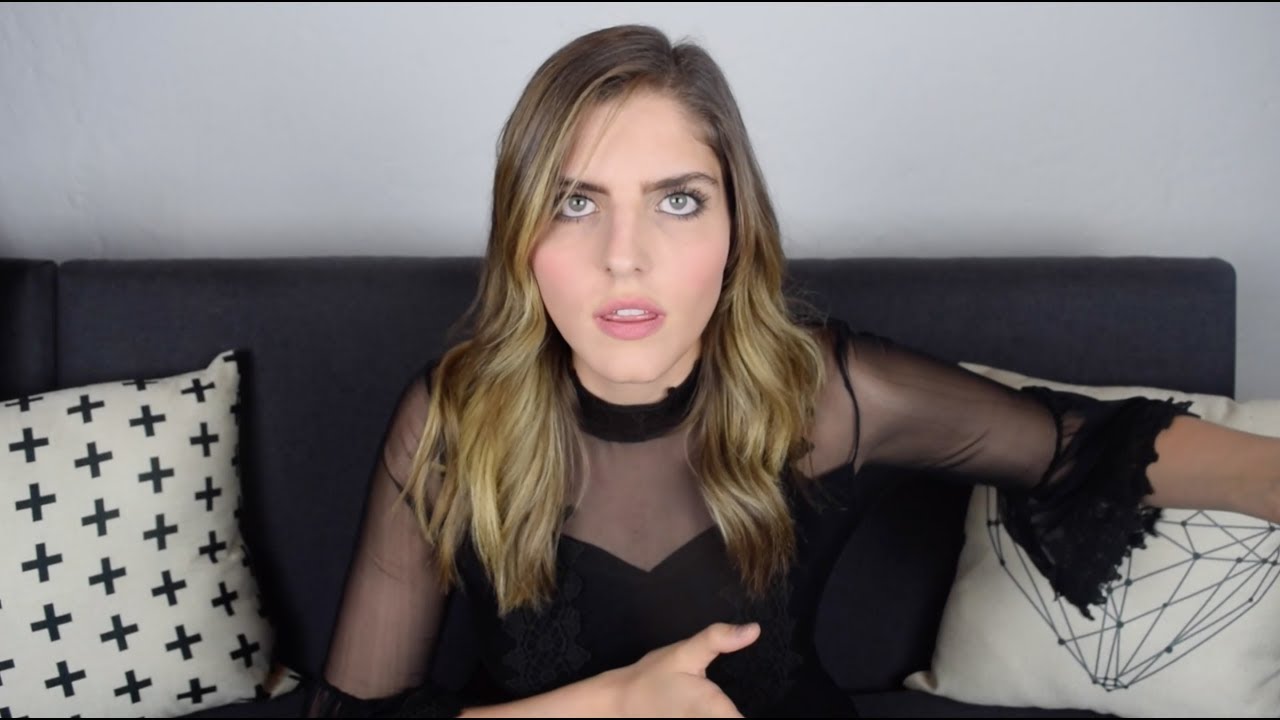 Her rapid speed of speaking was a bit difficult for me to get used to, but I have simply trained my ears to prepare for it before clicking on one of her videos. Sometimes her uploading can be a bit inconsistent. As I am writing this she hasn’t posted in a month. But she is active on her social media channels and I admire her for branching out beyond just clickbait-y content that many Youtubers do once they see it’s popular. Plus, I really just enjoy her personality. She seems like she’d be fun to hang out with. And when I watch her storytimes, I feel like a friend is telling me one of their crazy stories. 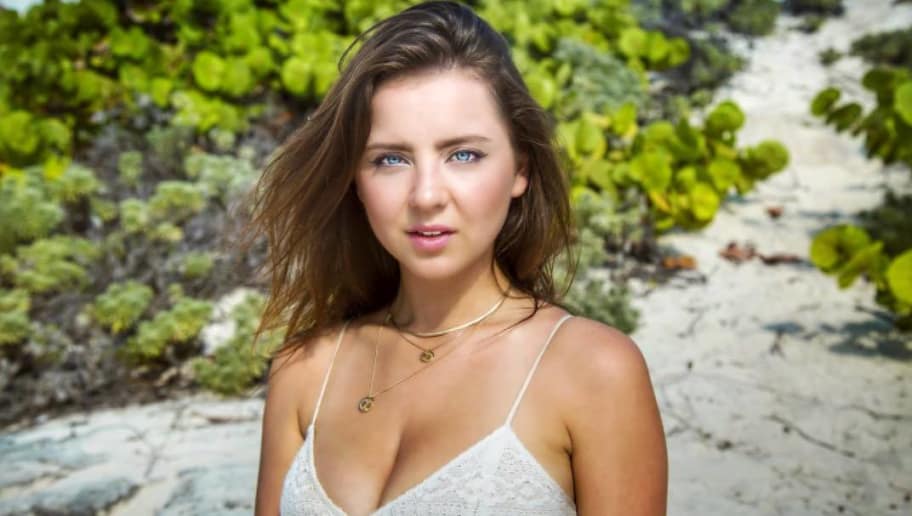 You read that right, she is Russian. I found her channel by discovering her videos related to this summer’s World Cup. Her videos are all in Spanish and I originally thought she was just a fan who went to Russia for the World Cup. When I saw she had other videos in Russia, I assumed she just liked the culture/country and lived there. Then I thought, how cool? I am currently learning Spanish and Russian, which is kind of a “weird” combination to some people. Now here I thought I found a Spanish speaker who was perhaps learning Russian or learned Russian and is now fluent. Then I took her name into account and assumed she was married to a Russian. Basically, with her level of fluency in Spanish and her entire Spanish channel, her being Russian wasn’t a thought in my head. Even with the countless signs that are probably like, DUH! 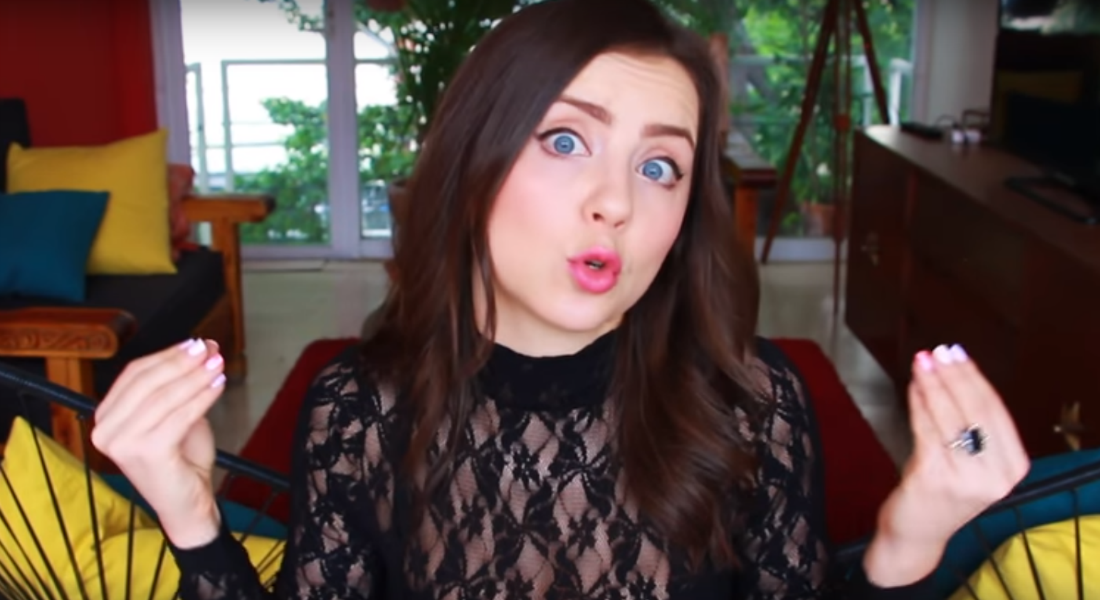 But I finally found out she is Russian. She was born in Saint Petersburg and lived in Russia for many years. She did study abroad in Mexico, which is where she learned the language and fell in love with the culture. But seriously, it is hard to hear her and not think she is a native speaker. She also speaks English too, although she doesn’t have many videos speaking English. She loves makeup and fashion, and also has second and third channels dedicated to each (one in Russian, and one in English). However, her Spanish channel is by far her more popular one and is definitely a good channel to check out if you like fun, travel videos. 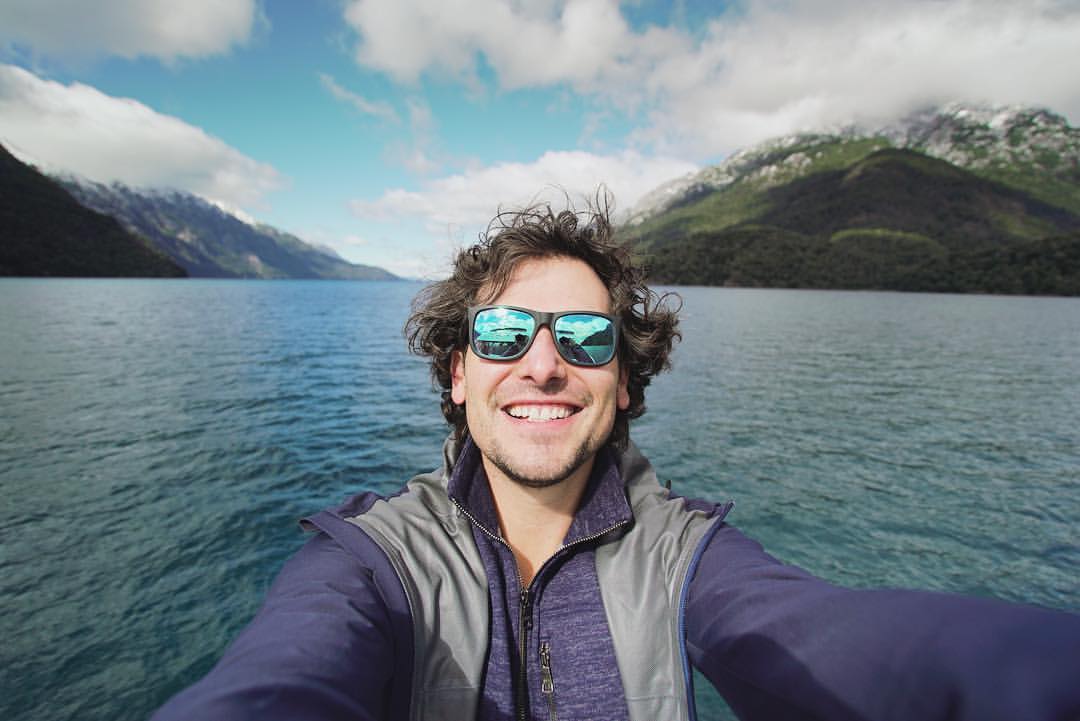 Alan Estrada is an actor, singer and now a travel blogger who is known for his Youtube channel “alanxelmundo” or Alan x El Mundo. Yes, yes, I know, you’re probably thinking “ANOTHER travel channel.” I’m not sure if a lot of Spanish Youtube channels are just focused on travel, or if this is a reflection of my Youtube preferences. But, yes, another travel channel. However, I think they each bring something different and can cater to different people. Alan in particular has a very different style than Ale and Luis’ channels. Not better or worse, but different.

He shows in depth different sites of the cities he visits, a lot of non-touristy areas. Alan, though, really seems to enjoy the cultural enrichment aspect of travel. His channel also provides tidbits of information on places he visits, so his channel has more of an educational feel to it than others. Don’t let “educational” deter you from his videos, he still includes plenty action packed activities during his travels. Plus, you’ll find more places to visit that are off the beaten path. And for you Spanish learners out there, I find his accent quite clear to follow along. So his channel is an excellent resource for me, as a Spanish learner and travel enthusiast.

There are so many other Spanish speaking Youtubers that I like. Here are the names of a few honorable mentions: